Soiling – the accumulation of dirt and dust on photovoltaic solar panel surfaces – is one of the greatest impediments to solar energy production, and can reduce panel energy output by up to 35%. Located in the hot southern stretch of Israel’s Negev desert, between the Gulf of Aqaba and the southern tip of the Dead Sea, Ketura Sun suffers from frequent sand storms and virtually no rain.

Due to the expense of traditional, labor-intensive, water-based cleaning, Ketura Sun’s solar panels were only cleaned some nine times a year. This manual panel cleaning would take up to five days, during which time the field operated sub-optimally and work crews endangered sensitive equipment. In the interim between cleaning cycles, the park suffered significant electricity production degradation due to soiling.

“We conducted a thorough worldwide search for a cleaning solution that could deal with the challenging weather conditions in our solar parks”, said Jon Cohen, CEO at Arava Power. “Only Ecoppia’s solution showed actual significant uplift in production, while offering an extremely appealing business model. We are proud to be their partners” he concluded.

“Ecoppia has changed the way we run the Ketura Sun field”, added Yanir Aloush, VP Operations at Arava Power. “Less guesswork about when to clean, less downtime since there’s no need for on-site cleaning crews, less external personnel on the ground – we are very excited by the potential upgrade Ecoppia’s solution offers us”. 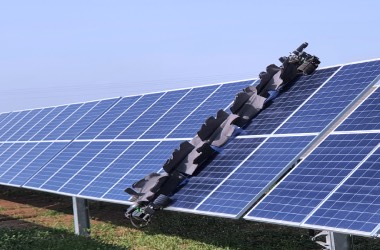 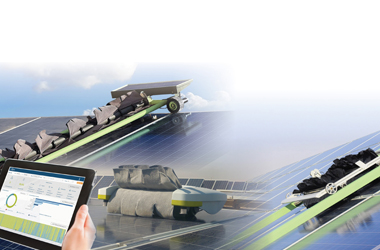